The Victoria Falls are one of the Seven Natural Wonders of the World and have been designated a World Heritage Site under the UNESCO World Heritage Convention. The Falls are surrounded by the 2,340 ha Victoria Falls National Park and the 57,000 ha Zambezi National Park, bordering the southern bank of the river. These state-protected areas are home to a varied flora and fauna, which, in recent years has unfortunately been subject to increased human-wildlife conflict pressure.

Charles Brightman, a local safari operator and conservationist, together with the Victoria Falls Safari Lodge, established the Victoria Falls Anti-Poaching Unit in January 1999, in an effort to fight the alarming levels of poaching that were taking place at the time. Since that time time, VFAPU has worked in close co-operation with the National Parks and Wildlife Management Authority and the Zimbabwe Republic Police, to achieve many successes.

Having started off with three scouts, the unit has grown in strength and now has 17 full-time scouts actively patrolling an area of approximately fifty square kilometres surrounding Victoria Falls. Our patrols operate seven days a week, day and/or night, as we endeavour to combat poaching in all its various forms. All our operations are in accordance with the Senior Warden, National Parks and Wildlife Management Authority, Zambezi Camp. VFAPU personnel comprise of ex-commercial security guards, and ex-game scouts from National Parks and Wildlife Management Authority. 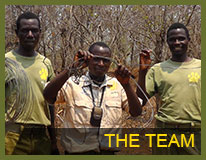 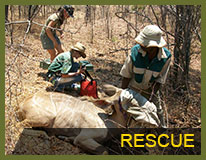 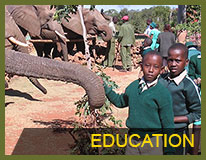