in Uncategorized · by vapu ·

Firstly, the whole team at the Victoria Falls Anti Poaching Unit is very grateful to everyone for the support extended to our anti poaching operations. It is with your support and backing that VFAPU is able to continue the important fight against all forms of poaching in the Victoria Falls region. VFAPU thanks the National Parks and Wildlife Authority and the Zimbabwe Republic Police for the opportunity to fight poaching in a collaborative and combined team effort.

It is my hope that, since VFAPU was formed in 1999, that all successes achieved over the years have served as a good example of what can be achieved when we all work together for a common goal. Daily local patrols close to the town of Victoria Falls, lengthy extended integrated patrols deeper into the Zambezi National Parks and surrounds, vehicle patrols, deployments and undercover operations are all undertaken during VFAPU operations.

It is during these exercises that we have produced the following results and statistics:

A large number of various water birds were discovered dead and probably cause of death is from poachers using poisoned wheat grain. Approximately 100 birds such as knob-billed duck, red-billed teal and Egyptian geese have died so far in various sections of the Zambezi National Park.

Mammals injured through poaching, which were darted, treated and released (working with the Victoria
Falls Wildlife Trust)

VFAPU played an instrumental part in the rescue of one pangolin from poachers and the pangolin was sent to the Tikki Hywood Trust for rehabilitation. The 2 poachers were successfully apprehended after a two day joint operation. *Please note and understand that there are a number of operations that VFAPU takes part in throughout and we are not able to disclose information on these, as this would compromise operations and personnel involved.

Whilst on an extended, integrated patrol 13 elephant carcasses were discovered 3km off the Kazungula Road. Seven White-backed Vulture carcasses were also detected on the scene, which strongly suggests that the elephants were poisoned. The carcasses were at least seven months old.

In addition to this, in the Jambezi area, outside of VFAPU operational area, another 13 elephants were poisoned with cyanide-laced oranges at Ngwengwe Springs. Two suspects were arrested and a trial is ongoing.

One female impala was found decomposed close to the craft markets and the cause of death is uncertain. One female buffalo found dead by Masuwe River and the cause of death was from infection from a poacher’s snare, which was deeply embedded in the right front leg. A joint operation ended when two suspects were tracked down to their village at Chidobe and 60kg of buffalo meat was recovered.

Remains of an elephant, most likely poisoned with cyanide-laced oranges.

Two border jumpers from Uganda were arrested during an ambush situation. They had crossed the Zambezi River, downstream from Victoria Falls. A local patrol close to Wood Road discovered stolen property and handed this over to the Zimbabwe Republic Police.

In Fuller Forest, close to the border of the Zambezi National Park, a female buffalo and her calf were poached and dogs were used to hunt these animals, as evident from the bite marks on the carcasses.

During night operations in the gorges, 9 bags full of various goods were discovered hidden away. These belong to the cross border smugglers. 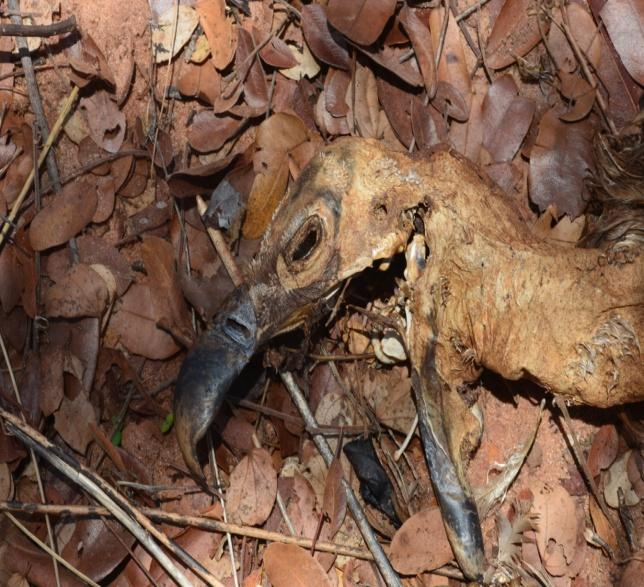 White-backed Vulture carcasses found along side elephant remains, which strongly suggests that the elephants were poisoned.

VFAPU located a male giraffe with a poacher’s snare deeply embedded in its left back leg. A number of stakeholders took part in a combined exercise that resulted in the giraffe being successfully immobilized, treated and released back into the wild.

VFAPU discovered a poached female buffalo close to Boulder Pass and joint follow-up operations discovered a total of 24 poacher snares, which we dismantled and destroyed. 4 lions ate the buffalo before the poachers got to the scene.

A total of 56 wire/cable snares were removed from several islands in the Zambezi National Park during VFAPU and NPWMA joint patrols. Sadly, one impala and one kudu were killed in these snares lines. 20km from Vic Falls – one elephant poached and one poacher responsible shot dead yesterday. Well done to officers and rangers involved. One .375 rifle was recovered. 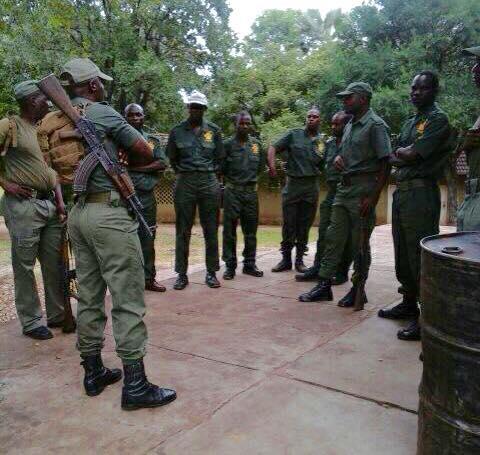 A number of suspects were apprehended and questioned after impala meat was discovered by VFAPU stored in cooler boxes at one of the jetty sites.

At the Palm Tree area of the Zambezi Drive, VFAPU discovered two buffalos which had been snared and butchered. The carcasses were covered with branches by the poachers, to avoid detection. An additional three buffalo were also poached in Chamabonda area.

Three warthogs and one buffalo were found to have been poached in the area in front of Ilala Lodge, whilst another buffalo was poached close to Grace Mission church on the border of the park. 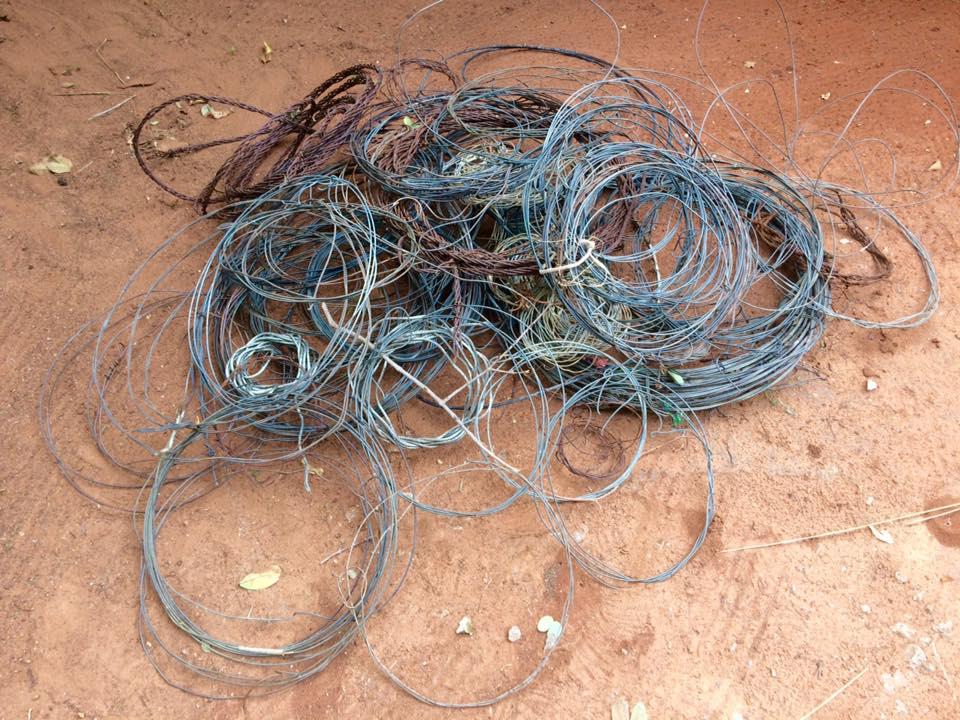 There is no denying that subsistence and commercial poaching are taking a toll on Zimbabwe’s wildlife populations. It is a harsh reality that we cannot hide from and there will always be poaching. However, we have to and will continue to, make a stand and achieve whatever we can to minimise these illegal activities. The fact of the matter is that poaching is not sustainable and cannot be tolerated. The role that VFAPU is playing is crucial – the poaching situation would be far worse without all of our joint efforts to fight the crime of poaching. Thank you.

“Working together for wildlife conservation”